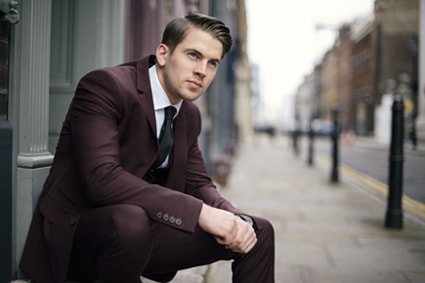 If you are after a Rat Pack vocalist then you have come to the right place. Adam Chandler has been singing songs from the era of the rat pack from the very start. Based in Kent, Adam performs locally in London, Essex, Surrey and Sussex but also travels the globe - recently singing as far away as Dubai and Boston!

Functions such as weddings and corporate parties can benefit from having a great Rat Pack entertainer and Adam is most definitely at the top of his game when he sings. Many rat pack singers find that performing songs by the greats such as Frank Sinatra, Dean Martin and Sammy Davis Jr is a great way to show their respect to the greats that once were.

Many people are after a rat pack tribute, Adam is not an impersonator of the Rat Pack but recreates the sound of the great American song book. Being one of the youngest rat pack singers Adam is often known for providing a more vibrant show and makes sure that he has everyone enjoying the event whatever the occasions.

Adam feels that the Rat Pack is one of the biggest influences to jazz, swing and modern swing music and loves performing songs from his idols.

So if you want rat pack style soloist at your event large or small, be it a wedding, party or corporate function then contact Adam today! Click here.
AREAS COVERED


Rat Pack Singer available around the UK and beyond!

Adam has been performing Rat Pack style vocals at over 50 venues in the UK and even a few further afield in Dubai and Barcelona.

Here are some of the counties Adam performs in regularly: